found throughout the Compendium pages to jump to a specific spell or ability.
This is documentation for Mechanical Priest 9.2.7, which is no longer actively maintained.
For up-to-date documentation, see the latest version (10.0.0).
Version: 9.2.7

This page is currently being updated with the notes from the last 12 months.

In patch 9.2, a new legedary power Unity was added, which requires Revered with The Enlightened and can be crafted on almost any slot. There is also the Cord of Unity item purchasable from Vilo in Zereth Mortis which has the same effect.

Unity doesn't do anything special on its own. When you swap covenant, the legendary power changes to your covenants legendary power. For example if you swap to Night Fae, the item grants the Bwonsamdi's Pact. If you then swap to Necrolord later, it then grants Pallid Command and so forth.

The Holy Priest specific legendary power Flash Concentration is obtained from Grand Proctor Beryllia in Sanguine Depths and is craftable on the Neck and Wrist slots. It's primary purpose is to improve Heal through buffing its healing done and reducing its cast time.

The Holy Priest specific legendary power Divine Image is obtained from Torghast and is craftable on the Head, Waist and Back slots. This legendary power is the same as the Legion artifact trait we had Invoke the Naaru, but without the internal cooldown.

There are 6 possible casts from Divine Image, each one happens when you cast the appropriate trigger spell.

Other notes about each of the Divine Image spells: 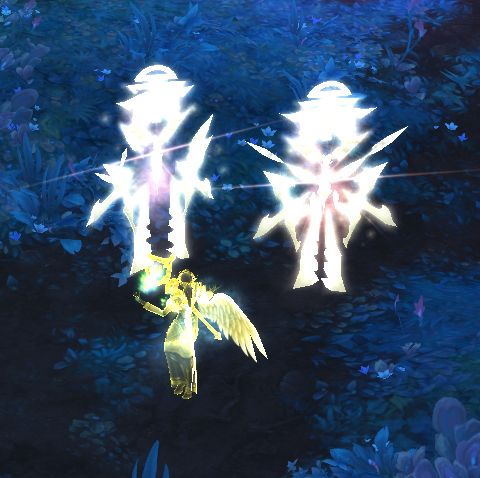 The Night Fae legendary Bwonsamdi's Pact is a reward from reaching 48 renown with Night Fae and is craftable on Head, Waist and Hands. It creates another buff (because there weren't enough already) on whatever target Fae Guardians is cast on. To move this buff around, you simply cast Fae Guardians again during the buff and the mask will jump to that target.